If you’re facing unwanted harassment of a sexual nature in the workplace, Craig Murphy is a dedicated sexual harassment lawyer in Ventura who’s ready to help. Contact us today for a free consultation and take back your dignity.

The workplace is supposed to be a safe environment for everyone who’s there. You shouldn’t have to fear encountering inappropriate behavior while you’re merely working to make ends meet. Unfortunately, there are still those who have to deal with workplace sexual harassment in their daily lives. Such behaviors can make the office a scary place to go to, and even worse, there’s often a fear that reporting inappropriate actions could lead to retaliation, such as wrongful termination. If you’re facing harassment of a sexual nature at your place of employment, though, both state and federal law provides protections.

Sexual harassment lawsuits are often necessary to end unwanted sexual advances and other inappropriate behavior. Before going this route, however, you should speak with an attorney to better understand your legal rights. In many instances, going through the stress of a trial is not necessary to ensure fair employment practices. Seeking out legal advice, however, can help you better understand the best approach to take. At Murphy & Murphy Law Offices, we don’t think you should have to pay out of pocket just to get an idea of what you’re up against.

That’s why we offer free consultations. Contact us today for a free case review, and we’ll go over how employment law can protect your rights.

What Is Sexual Harassment?

Some people have trouble pinpointing exactly what constitutes sexual harassment. In fact, sexual harassment lawyers often hear this as an excuse from those being held liable at trial. To better understand what behaviors fall into this category, it’s first important to identify the two forms of sexual harassment recognized under the law: quid pro quo and hostile work environment. Quid pro quo is a Latin term that essentially means “something for something.” For instance, a manager may ask for sexual favors from an employee in exchange for a raise, promotion, or additional vacation days.

Alternatively, a hostile work environment is a situation where sexual harassment has become so severe within a workplace that it seriously affects an employee’s working environment. Even in the absence of requested sexual favors or inappropriate physical conduct, it’s possible for such behaviors to make a worker fearful of even coming into the office. They may dread having to speak with certain coworkers or even call in sick when assigned a project with a particular manager. Here are just a few common examples of acts that fall under this form of workplace sexual harassment:

As you can see, this type of harassment goes far beyond blatant physical contact or requesting sexual favors. Additionally, such actions constitute sexual harassment even when the involved parties are of the same gender or there has been no romantic interest expressed in the victim. If any of these behaviors are based on an employee’s sex, then fair employment laws say the victim was likely sexually harassed.

Of course, these cases can sometimes be difficult to prove. Attorneys representing victims of such harassment often find that their clients bring them very little in the way of evidence. This is why you should speak with sexual harassment lawyers prior to moving forward. This will help you better understand your rights and how to assert them. The legal team at Murphy & Murphy Law Offices is ready to help, so don’t hesitate to reach out to us today.

What Should I Do About Sexual Harassment in the Workplace?

If you’re a victim of sexual harassment, you may be wondering how you should respond. Far too many people feel like speaking up will make them come off as difficult, and others simply fear that saying something will simply worsen a hostile environment. One of the biggest hurdles that arise in any sexual harassment case, however, is when a victim doesn’t speak up. This presents a variety of legal problems that we’ll discuss below, but for now, we’ll merely focus on getting harassment to stop. By merely telling a person that they’re making you feel uncomfortable, the inappropriate behavior may stop entirely.

What if it doesn’t? Well, you still made the right decision. This will allow your sexual harassment attorney to argue the offending party knew exactly what they were doing, and this can prove invaluable in settlement negotiations or court cases. If speaking to the individual doesn’t end the harassment, it’s time to speak with the designated individual at your job who handles such matters. This could be your boss, one of their supervisors, or a human resources manager. Regardless of who you speak to, it’s imperative that you follow the company’s sexual harassment reporting procedure. Failure to do so may allow them to later claim they were unaware that abuse was occurring.

In many instances, reporting the behavior to the appropriate department will stop sexual harassment in its tracks. If you need any proof of this, just know that a California case back in 2012 resulted in a court award of $168 million to a single individual after she was harassed in the workplace. She reported the inappropriate behavior several times without action being taken. Such outcomes mean that companies dread hearing from sexual harassment lawyers. This is why it often only takes one call to human resources — or whatever your job’s reporting process entails — to ensure your employer is protecting your legal rights.

Do I Need a Sexual Harassment Attorney?

Many people are able to deal with sexual harassment on their own. There has been a recent reckoning on inappropriate sexual behavior in the workplace and society in general. This often means a single report to human resources could completely remove the need for a sexual harassment attorney in Ventura. Unfortunately, this isn’t always the case. In far too many instances, a report of inappropriate behavior in the workplace simply leads the company to “circle the wagons.” This is particularly true in sexual harassment cases involving managers or executives within the organization.

Because of this possibility, it never hurts to reach out for advice from a legal team before moving forward. Of course, many people have found themselves in a situation where they have already reported and are facing negative consequences such as termination. Just because you were fired for filing a report, however, doesn’t mean you have no further rights. Wrongful termination creates its own separate cause of action because it violates other legal rights employees have. Even if there’s a lack of evidence for your sexual harassment attorneys to present involving your initial claim, you could still receive compensation due to wrongful termination.

Having a legal professional on your side can help you in any of these situations. In the end, you could end up receiving the following damages:

All of these sexual harassment damages are possible to receive on your own without legal help. Unfortunately, seeking and receiving them and ensuring offending parties are held liable can be an uphill battle. No victim of sexual harassment should have to face the complexities of the legal system on their own — particularly in instances where companies are fighting back and trying to avoid accountability. This is why Murphy & Murphy Law Offices provides a free consultation to those who feel they’ve been victims of sexual harassment in the workplace.

Filing a sexual harassment claim will no doubt feel intimidating at first. You may feel guilty for seeming to go against the grain, or you might fear losing a job that you really need. The important thing to remember is that neither of these situations justifies the harassment you’re experiencing. Both the California Department of Fair Employment and Housing (DFEH) and the Equal Employment Opportunity Commission (EEOC) protect you from retaliation for reporting inappropriate behavior. This might not put all your reservations to rest, but that’s exactly why you should look into California sexual harassment attorneys.

A legal professional can help you better understand your situation. If you need to gather evidence of sexual harassment, they can tell you how. If reporting such behaviors to your employer is the first step you need to take, they can walk you through this process. The important thing to remember is that you don’t have to handle a sexual harassment claim on your own. At Murphy & Murphy Law Offices, we’re prepared to help you understand your rights and take back your dignity.

Contact us today by calling (805) 330-3393 for a free consultation and case evaluation. We’re on your side and ready to help. 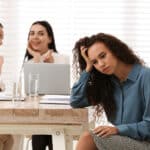 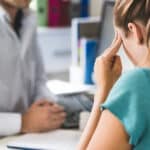 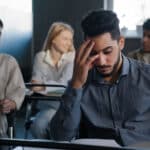 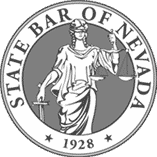 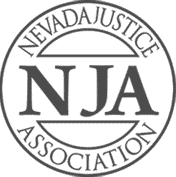